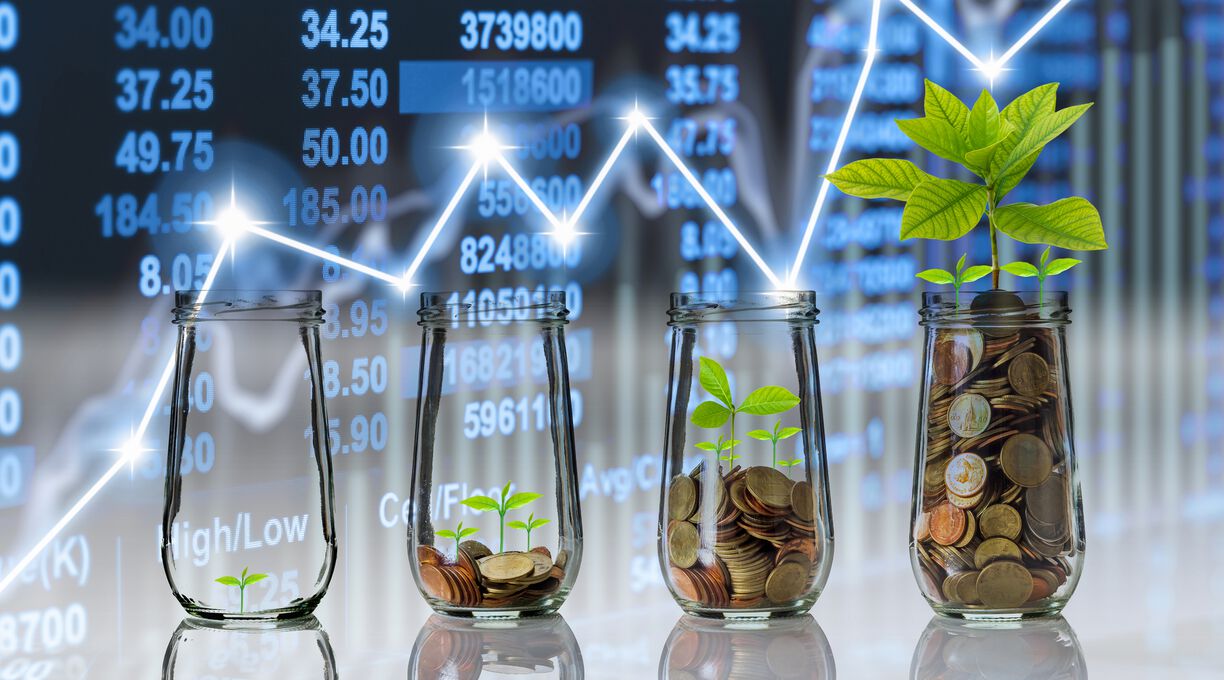 The different RAINCATCHER formulas and their effects on plant growth.

An experiment was conducted in summer 2019 on 60 young green pepper plants to measure the effect of 3 grams of RAINCATCHER crystals (RC H, RC BLUE and RC GREEN) applied on these depending on the irrigation provided.

For 2 months at an average temperature of 25 °C, we added 0 to 100 ml of water daily to individuals with water stress. The choice was made every day visually by looking at the leaves of the different samples.

Providing water during water stress allows the plant to grow at a contained rate, much like a person who diets. The quantities of water supplied with this dissociated watering were not sufficient to saturate the gels of the different recipes but the aim was to measure the ratio "restricted watering / growth" in ml / cm and thus the retentive efficiency of the different formulas and their nutrients in a dry and constraining climate. 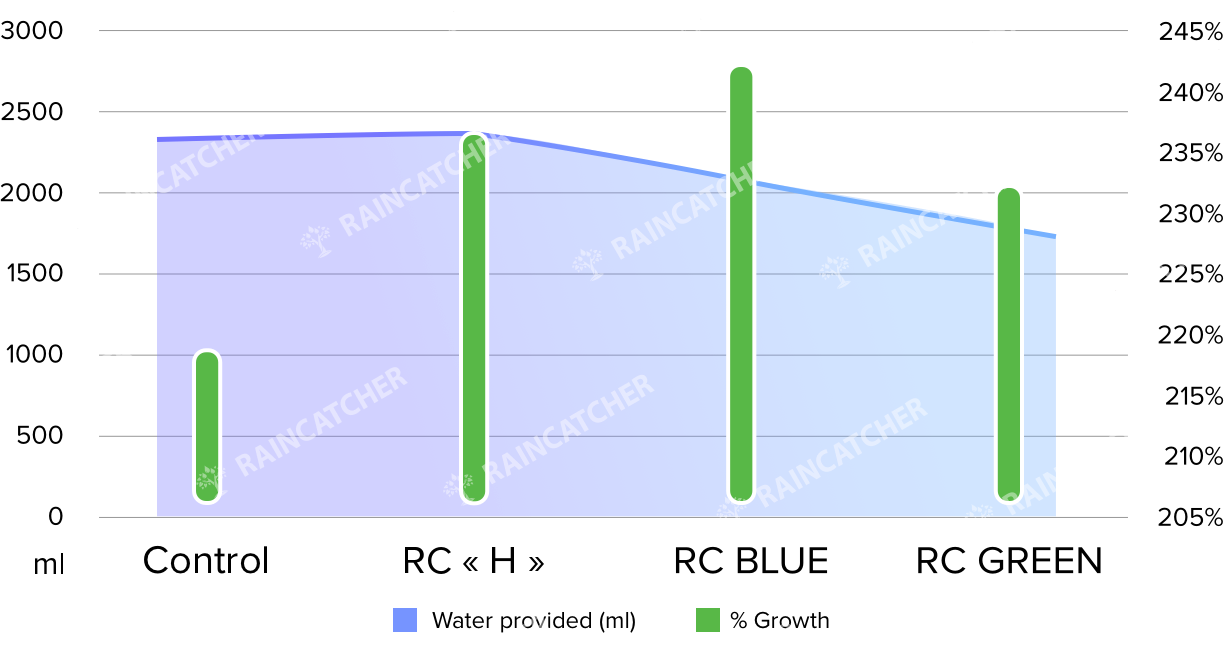 The results show that RC BLUE has the best “restricted watering / growth” ratio. Its growth activators have therefore favored a better growth of green pepper plants.

The RC H, which has a better absorption capacity, consumed about the same amount of water but could not reveal its superior hydro-retentive property under an average heat of 25 °C.

The RC GREEN showed a faster initial development, which is its characteristic, then was caught up by the RC H and RC BLUE.

In this experiment, we measured the water savings induced by saturated gels according to the different formulas. After applying 3 grams of RAINCATCHER Crystals, we provided abundant watering to all green pepper plants for a week to ensure a maximum saturation of the RAINCATCHER. Then, we watered the plants for 1 month according to their water stress (visually detected) and speed of development to make sure that the proportion of growth is preserved in all individuals. In other words, we measured the size of the peppers at regular intervals, and those who grew less quickly received more water to "catch up" with their neighbors who were growing better.

We confirmed that after one month, all the individuals take the same number of centimetres. At the end, we measured the quantity of water brought to each individual to obtain this uniform growth result and deduced the water we have saved.

In the following table, we measure the evolution of the growth in centimeters of each plant as well as the water that has been brought.

DIAGRAM #2: QUANTITY OF WATER APPLIED FOR A GROWTH OF 13 CM

For the same ratio of growth of 13 centimeters, it has been saved between 25% and 45% of water by using RC GREEN, BLUE or H. 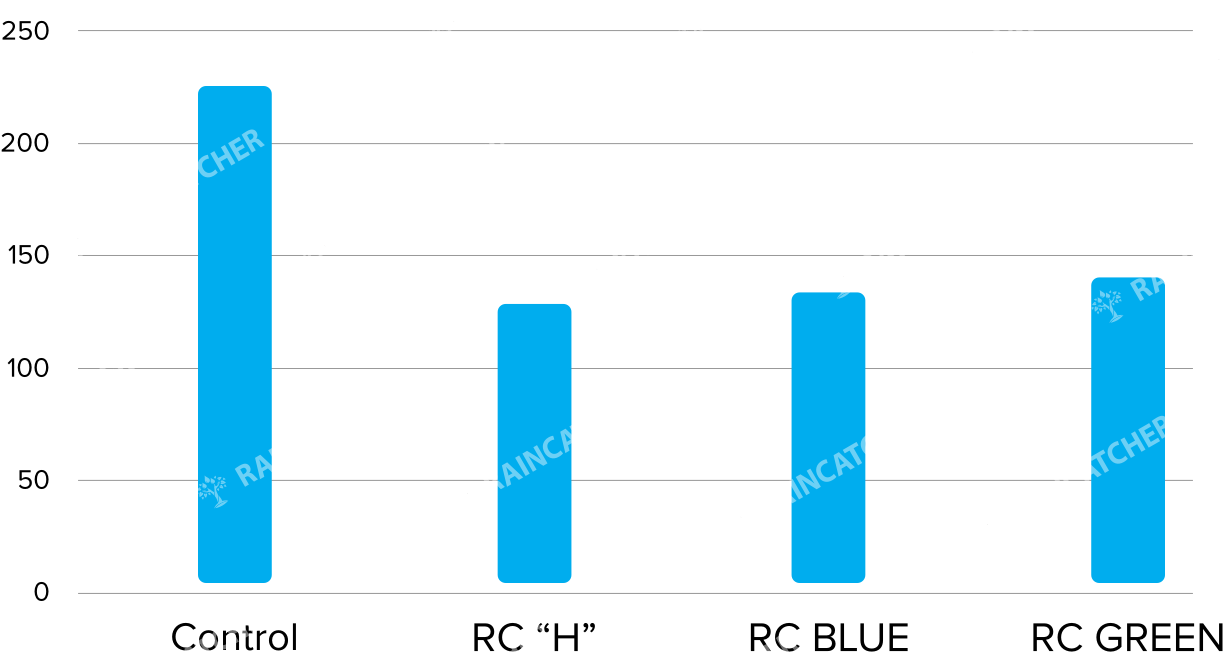 Concerning the curves of evolutions of the gains of sizes, we notice that for a dose of 3g, the different recipes begins to act after a certain time since there is a general inflection of the curves after one to two weeks. 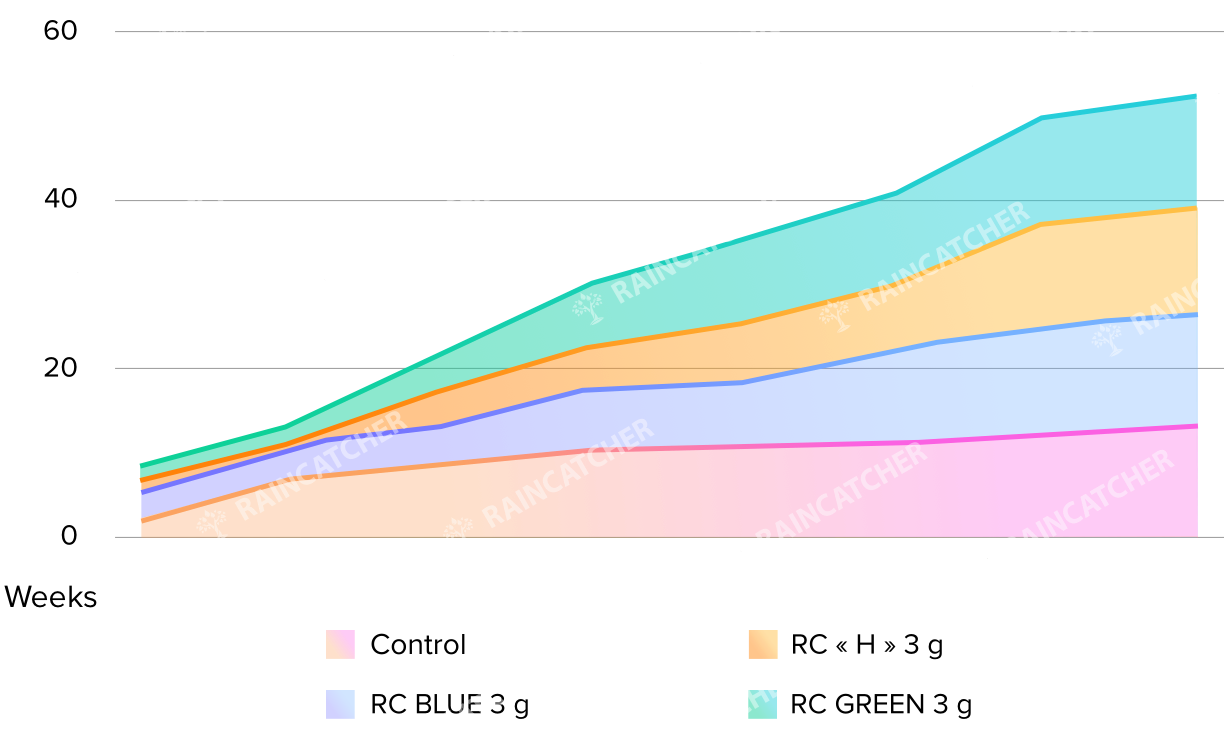 It is therefore necessary to saturate the gel before you can count on real water savings. We recommend a constant water supply during the first 10 days following the application of RAINCATCHER in crystals. After that period, it will be possible to halve the watering.

It is also possible to apply RAINCATCHER already prepared in its gel form to avoid this 10-day latency period, refer to the "User's Guide" section.

An experiment was conducted to observe the effects of an irrigation shutdown on green pepper plants. 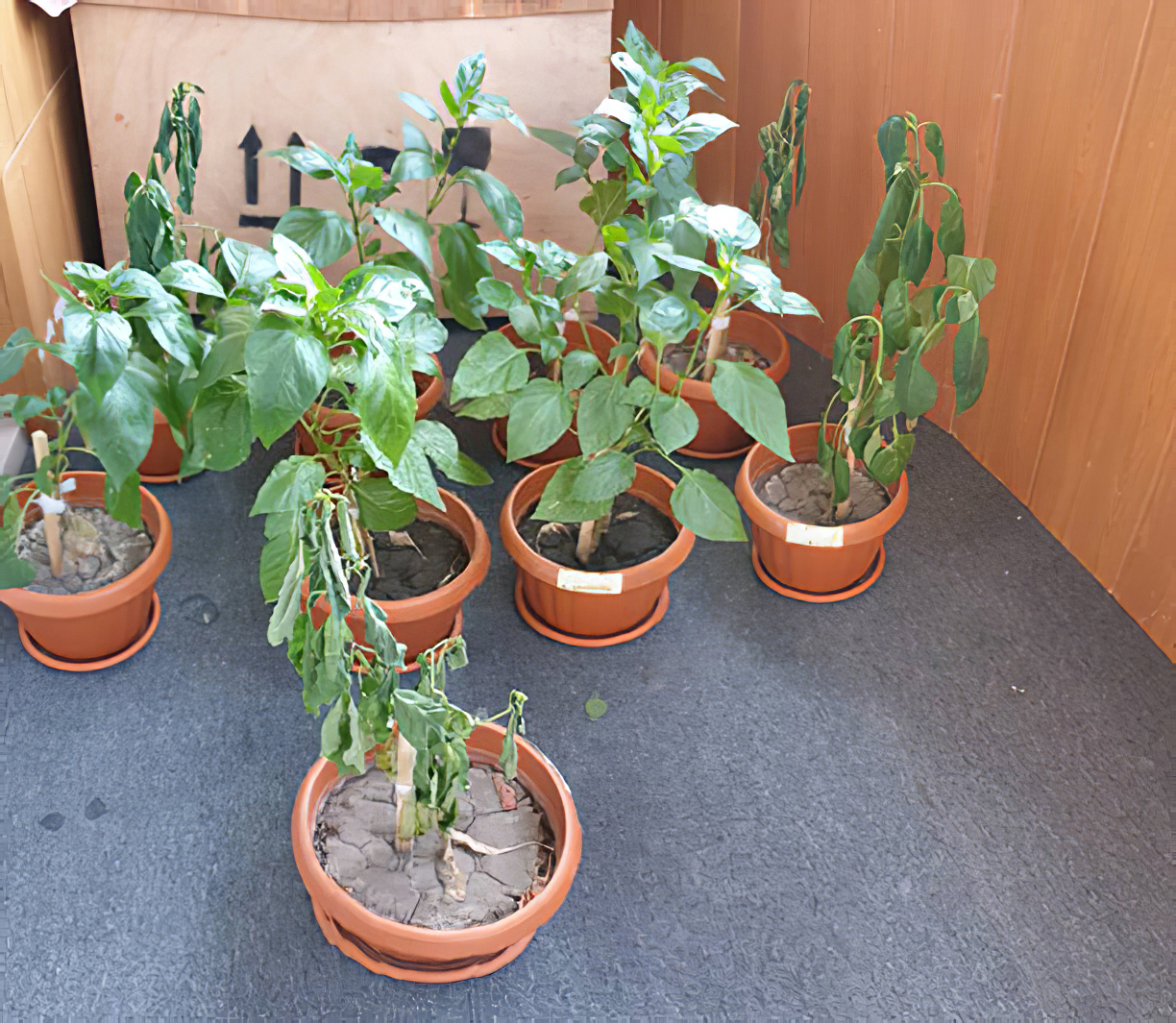 This experience only confirms the effectiveness of a water supply applied directly to the roots to withstand a hard drought.

RC BLUE and RC H allow plants to withstand 2 times longer a drought period or in other words, reduces irrigation twice to achieve the same result.